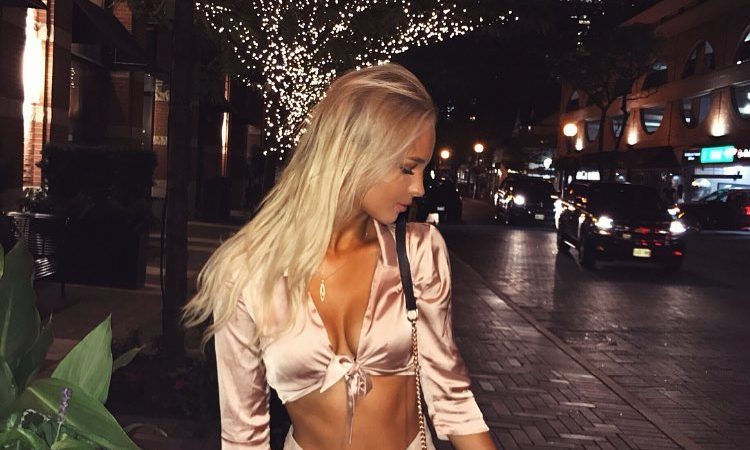 Toronto is a hub for all kinds of activity within Canada and beyond. It is one of the most diverse and multicultural cities in the world. Toronto is a place that has focused on music, movies, and television. There are so many famous people to come out of Toronto like Samantha Bee, Moshe Hammer, and Sook-Yin Lee. However, they are not the only things that make Toronto special. Here are 5 individuals that make the city great. They have put themselves out there for the world to see. Some are survivors, some have unique hobbies. Others are just a wiz in the business world.

Madison Kazarian is one of those. She is not only a beautiful woman she also has a strong career in design. She works within a design firm that offers timeless decor that will make anyone pleased. She can design rooms such as the basement, a mudroom, custom shelving, and many others. MDK or Madison Kazarian Design is one place that has many offers when it comes to design.
Hire Madison Kazarian

Anna Bendiones has an amazing following online. Where did she get it? It was her LOVE of sneakers and sports. She made sure that she everything she did has her own personal flair. In 2013 she began her career through being a logger for Complex Magazine, her presence has grown ever since. Her online persona was able to be successful because of her knowledge of marketing and design.
Hire Anna Bendiones

In 2015 Jozy Altidore signed on as a designated player after transferring from Sunderland A.F.C. At only 27 he has become one of the breakout stars of American soccer. He plays as a target forward. They say he brings a strong and physical presence in the box. He has been a candidate for ESPN’s Next Award as well as many others.
Hire Jozy Altidore

Hannaha Brent is someone who isn’t afraid to be in front of a camera. She is attending Guelph University. This university will help “to improve life” as their motto says. Not only does she attend school but she has a join in media. She works for a firm that creates digital content, helps on increasing the number of people viral reach and social ads. They can leverage enticing digital content that can impact the dynamics of media in the future.
Hire Hannaha Brent

Teresa Donovan is another girl in college attending Western University. It is a 400-acre campus that has both modern and gothic buildings mixed together to make Canada’s most gorgeous university. Teresa is also a member of the Alpha Omicron PI (AOII). This sisterhood has offered her the ability to form bonds amongst her other sisters that will carry her throughout life.
Hire Teresa Donovan

A degree in Culinary Management doesn’t mean that you will make it in the big city. However, for Chef Jason Peru that was too. He started school at Trinidad & Tabago Hospitality & Tourism Institute. Which then led him to a scholarship to JWU in Miami. Peru went to work at Karu & Y Lounge, where he was able to cook and serve some of the many international celebrities. In July 2007 Chef Jason Peru was able to represent Toronto, Canada in many culinary and television events. Chef Jason has become one of the most widely known chef.
Hire Jason Peru

It is amazing the things that we battle. This 24-year-old girl was diagnosed in 2013 with breast cancer. Nalie Agustin found out that it didn’t matter if she was perfect, the healthiest, or even the most active. This can control anyone. She began treatment in in June of 2013 and by July 2014 she was cancer free. Nalie began to live a life she never thought she would have traveling a lot, writing books, and speaking at events. However, in January 2017 her cancer had returned. So, she has returned to the fight. She keeps up with her blog and The Naile Show through all the treatments. Her belief is that the “Incurable is not a declaration, it is a dare.
Hire Nalie Agustin

These people have one thing in common they are living in the great city of Toronto, Canada. Toronto, is open to all kinds of people, from every walk of life. There are those that help make music and those who are in films, however, they are not the only ones. There are many others that are worth following and seeing.

Search our database of thousands of influencers and get their contact info with the click of a button.